I absolutely love animal rescue. I love everything about it. I love volunteering and being a part of animals finding forever homes. I love being around so many innocent animals. I love being around passionate people. It all just warms my soul and makes me far happier than my paid job ever could. But there are a lot of misconceptions and confusion surrounding the animal rescue world… a major one being “kill” vs. “no-kill” shelters. A lot of people find out I volunteer at a “kill” shelter and say “Oh I could never do that.” Why? Because you want to ignore the fact that animals are killed every single minute of every single day? Ignoring a problem doesn’t mean it doesn’t exist. And adopting from a kill shelter actually means you truly “saved a life” because every animal is always at risk at a kill shelter. Let me explain.

Many shelters do perform euthanasia. No one in their right mind wants to kill animals. But it’s the dark part of animal rescue for a reason (I’ll get into that in a minute). And for people who don’t know, most no-kill shelters get their animals from kill shelters. The difference is that they have the ability to pick and choose the cutest, healthiest and youngest ones who will ensure their facility has impressively high adoption rates. Rarely, if ever, will you find a no-kill shelter that will accept injured or sick animals or that take animals from the public (unless it’s good for PR). Not to say no kill shelters aren’t doing great things for animals because ANY adoption is a good thing. But don’t let them fool you. More often than not, they also have much more funding than kill-shelters. Open door kill shelters (“city pounds”) don’t have the option of being choosy. They have to take in any animal that’s brought through their doors…sick, injured, aggressive and even sometimes already dead. And they are often understaffed and operate on low budgets.

I, like many people, wish all shelters had the capacity to be “no-kill.” But until humans learn to take responsibility for animals, it will probably never happen. Spaying/neutering animals the best way to avoid unwanted animals, and also not supporting breeders (buying pets) is really important. Shelters are full of unwanted litters, pets from families who had to move or suddenly came down with an allergy to their pet. There are a million excuses. I totally get that things happen and I really try not to judge anyone. Some people genuinely have no other options. I see people who are heartbroken about giving up their animals for circumstances beyond their control. But let’s be honest. Those people are BY FAR the exception. The majority of the time, people who dump their animals at the shelter are people who refuse to take responsibility for something they signed up for, or who give up when things get too hard. When you have a pet, it’s years and years of commitment. It costs money, time, energy. If you can’t do that, then you should never, ever even consider getting one. The best thing you can do for homeless animals isn’t always to adopt one. If you aren’t ready for a pet, the best thing you can do is not adopt one.

If you can’t adopt, and even if you’re allergic to animals, there are a ton of other ways you can help save animals and spread awareness. Here are some suggestions:

You can also stop by your local shelter and ask what they might need help with!

Since trying to cut meat completely out of my diet, and also gluten/dairy, I have found it’s really hard to find a good burger. And by good I mean it is truly healthy (and not full of junk chemicals) and tastes good. Every burger I’ve found has been an epic failure. That is, until I found….Hilary’s Adzuki Bean Burgers! 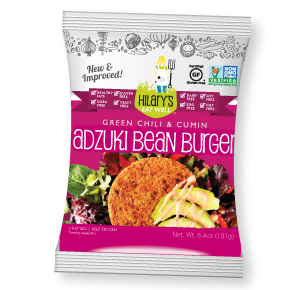 OMG YUM! They are so good and the best part is you don’t even have to cook them. I popped mine in the toaster (granted it was tricky to get out) and it was so delicious. The ingredients are all healthy, non-GMO, vegan and certified gluten free (and also corn/soy/yeast/nut-free). You can find them at Whole Foods and other health food stores.

Check them out here: http://www.hilaryseatwell.com/products/adzuki-bean-burger

Gluten-Free: Sucks To Be Me!

After months of speculation by my doctor (based on my symptoms), it has been confirmed that I have a gluten intolerance. I am not full on celiac but I’m sensitive enough that my doctor has instructed me to go on a gluten-free diet. Oh yay…

So what is gluten? Gluten is a combination of 2 proteins (gliadin and glutenin) found in grains like wheat, rye, barley, etc. Not all grains have gluten, but most do. And it’s found in a lot of things that taste really good…..bread, flour tortillas, gravy, muffins, cookies, cakes, cereal, oatmeal, beer, pasta, French fries, lunchmeat, imitation crab, fried foods, some candies, salad dressing, soy sauce, etc. Foods that don’t have gluten include fruits, vegetables, beans, dairy, quinoa and rice.

Now let me tell you why gluten-free dieting really sucks (aside from the fact that gluten is in almost everything). There is no room from error. One slice of wheat bread is equally as bad as 100 slices. Gluten intolerance is exactly what it sounds like: your body has a zero tolerance policy when it comes to the pesky little protein. And it can take MONTHS for gluten to get completely out of your system even after you stop eating it.

There are a lot of fad diets and weird food rules out there and one is avoiding gluten. The thing is, if you have a tolerance for it, it’s fine. But most people actually don’t tolerate it well so I guess there is something to those fads. It can actually be deadly to those with celiac. The symptoms can be subtle too and an intolerance can easily be misdiagnosed as something else.

The good news is that by going gluten-free I will avoid a LOT of really unhealthy foods and habits (like eating out). Wish me luck!!